Assemblin was responsible for the ventilation installations that formed part of the Epic project, a new office building in Malmö that is aiming high when it comes to sustainability and work environment. Epic was named the winner in the Hotel and Office category of Sweden’s Building of the Year 2021 competition.

Skanska’s new Epic office building has stood ready in central Malmö since autumn 2020. It is next to the harbour area and is just a stone’s throw from the central station. The building exemplifies innovation and sustainability in the construction industry, with Skanska laying the foundations from the outset for Epic to become a healthy workplace with human well-being in focus. That resulted in the project being certified in accordance with the Well Building Standard, a certification scheme aimed at improving the health and well-being of people living and working in different built environments.

Assemblin was responsible for installing the ventilation system, which consists of a ring-fed duct system with a low pressure drop and even pressure distribution. This produces a more comfortable indoor climate and an energy-efficient system.

Epic consists of two six-storey buildings that are connected by a lush atrium, forming a link between the exterior and interior environments. The building has been designed to encourage users to adopt a healthy lifestyle. Here it is easy to choose the stairs instead of the lift, there are bike shelters with changing rooms and a shower, and anyone travelling by train only has a short walk from the station. Directly outside the building there is a quayside promenade that provides the perfect spot for both movement and rest.

Skanska’s production team for the Epic project is one of the three finalists nominated for the industry initiative Håll Nollan’s (Zero Accidents) 2021 work environment prize. The team worked hard on behavioural changes and towards a common goal of creating the safest possible workplace, free from accidents and where it was possible to put in 100,000 hours of work without a single accident being recorded.

The project was also named the winner in the Hotel and Office category of Sweden’s Building of the Year 2021 competition.

Assemblin has completed a general contract at the new Träffpunkt school in Stadsskogen, Alingsås, western Sweden. 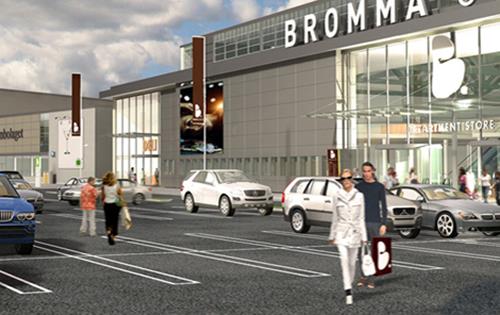 Assemblin was commissioned to convert a culturally listed hangar into a modern department store in a strategic location – Bromma Center. The order was worth about SEK 60 million, excluding special adaptations for tenants.