Helsinki Olympic Stadium, built in 1938, is an important part of the history of Finnish sports and architecture. The arena has been named the world's most beautiful Olympic stadium and has its origins in an architectural competition held in the 1930s and won by architects Yrjö Lindegren and Toivo Jäntti.

The goal of the renovation of the Olympic Stadium was to create a whole that respects the old, but at the same time renews.

At the beginning of the new millennium, the condition of the Olympic Stadium was mapped, and it was decided that small repairs were not enough, but that a improvement and renovation project was needed.

Assemblin’s assignment included renewal of all electrical systems. During the renovation of the lighting, 6,500 luminaires were installed in different parts of the stadium.

Cooperation in a historic environment

The renovation of the Olympic Stadium was one of the most significant renovation projects in Finland, perhaps even the largest renovation in Finland's history. From the beginning, it was clear to everyone involved in the project that the size class of the contract requires exceptional effort from all parties and seamless cooperation.

“Already at the design stage, the client had understood that the uniqueness of the project requires cooperation between clients, contractors and designers throughout the project. That is why a Big Room Planning model was used”, says Antti Pessa at Assemblin Oy's electrical department.

“The number of model installations and inspections was enormous. The area's degree of protection posed many challenges when it came to integrating modern building technology into the old structures. But the customer and all actors in the project worked hard together to make the Olympic Stadium fit the needs of the end user”, Pessa continues.

“We at Assemblin are happy and proud to have been involved in this huge renovation project. The result is really successful”, says Pessa. 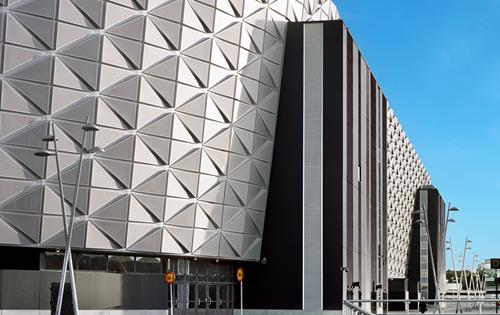