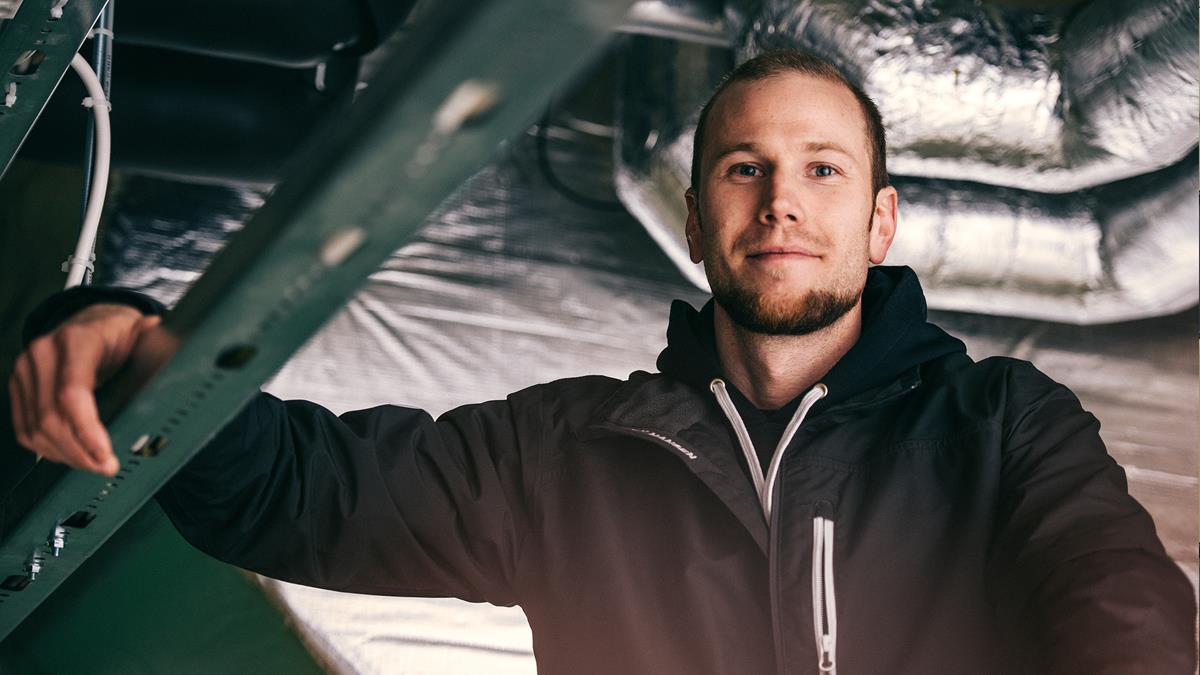 The possibilities of developing me professionally and advancing at work are part of what Marcus Sjögren like most about working at Assemblin.

Hi Marcus. Who are you and what is your role at Assemblin?

Hi. I am a plumber at Assemblin's project department in Oslo. I have been there for eleven years, while simultaneously living in Värmland. You could say that I have become an expert at commuting on a weekly basis.

So, no plans to stop commuting?

The arrangement suits me perfectly. I enjoy working in Oslo and it's not too far from home. I have an arrangement where I work Monday to Thursday and then have a long weekend with my family in Kil, just north of Karlstad.

When and how did you start working at Assemblin?

I trained in Sweden, but was unsuccessful in finding an apprenticeship place with any local company. I resolved it by applying for a job with the plumbing company Werner Winther in Oslo. The company subsequently became part of Assemblin. I joined as an apprentice in 2005 and later gained a permanent position as a plumber. In recent years I have been assistant supervisor on a number of important projects.

Exciting. Any you can mention?

One of them was Fornebu S which was awarded the prestigious BREEAM Award in 2015 as the world's most environmentally friendly shopping centre.

What makes Assemblin a good workplace?

The opportunities for professional development and to advance at work are probably what I like most about working at Assemblin. It is noticeable that this is a company with ambitions, and one that focuses strongly on developing its employees. For me, it has been a hugely positive experience to have the chance to try my hand at the role of foreman. I have received training and all the resources I need to do a good job. It makes work more interesting.

What challenges do you perceive for the industry looking ahead?

I think there are many challenges we must tackle in order to keep up with the competition. If I were to name just one, it would probably be focusing on the environment and energy-smart solutions.

Why do you think that Assemblin is the company which will cope with the challenges?

The Fornebu S project and several other projects show that we are keeping up with developments. That's good. I think that focus on these areas will only increase.

Maria M Algotsson took over as branch manager at Assemblin El in Örebro in 2015. ”I am really enthusiastic about leadership issues.”