A major traffic redirection project was carried out in the Söderleden Tunnel in Stockholm.

The project took around five months while the tunnel was closed. Assemblin was contracted to carry out general installation work in power and safety, light fitting replacement, guiding illumination, emergency phones, and fire and evacuation alarms. The installations were carried out in a dark, confined tunnel environment alongside many other working contractors.

The project required extensive advance planning by Assemblin. Three men worked for four months planning procurement, production, logistics and staffing. Production in the tunnel was divided into sections, one section at a time being completed and commissioned. 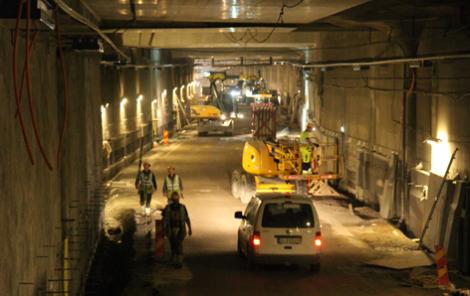