In autumn 2010, Assemblin was commissioned for an electrical contract covering the installation of more than 800 industry-compatible strip light fittings at Uponor in Virsbo, central Sweden. The new fittings replaced 426 mercury light fittings.

In production halls like the ones at Uponor, the lighting is on for long periods of time, due to the company’s five-shift system which runs virtually all year. In 2015 sales of standard mercury light bulbs, which were standard in industrial premises, were banned in the EU. A change of light fitting is therefore recommended, as energy rationalisation by replacing the fitting tends to be profitable, especially in premises that are used a lot.

Companies that replace their light fittings before 2015 often find that the investment pays for itself relatively quickly. The change of fittings in Uponor’s production halls halved the energy consumption for lighting. 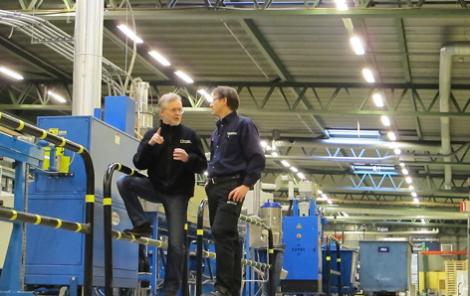