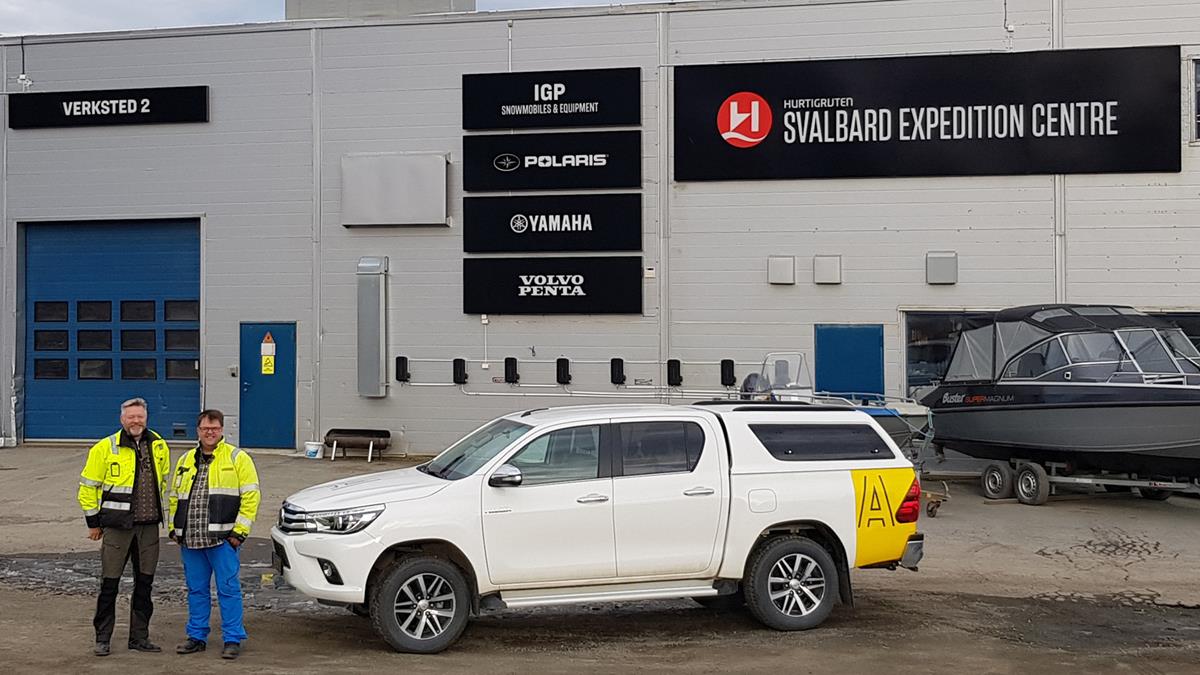 Tour operator Hurtigruten Svalbard’s new electric snowmobiles are powered by green ‘near energy’. All thanks to Assemblin’s innovative energy solution, which exploits solar and wind power.

Hurtigruten is the first tourism company in the world to use battery-powered, zero-emission snowmobiles to transport tourists to the Arctic wilderness of Svalbard.

“We use wind power in the winter and solar power from the midnight sun in the summer. We call it near-energy,” says Lars Rise from the Assemblin branch on Spetsbergen in the Svalbard archipelago.

Together with a few select equipment suppliers, Assemblin has developed the energy solution now being used. During the initial phase, Hurtigruten has been given a smart charging system for electric vehicles. In the long term, the solution will fulfil most of Hurtigruten’s electricity and heating needs at its snowmobile centre, using large battery packs.

Interest of the solution increases

A similar solution has already been tested at Assemblin’s own office and workshop building in Longyearbyen, which has made the building virtually self-sufficient in terms of energy during the summer months. In parallel with electricity production, Assemblin has developed solutions for solar panels that produce hot water for district heating networks.

Interest in Assemblin’s near-energy solutions is now growing, both on Svalbard and the Norwegian mainland.

“The alternative energy solutions we’ve seen on the market so far have largely been supplied by the energy plants themselves or by a few equipment suppliers. Our expertise lies in stitching together functional and effective overall solutions – regardless of brands and manufacturers, but based on equipment and technology that we believe is the best and most cost-effective for each project,” says Lars Rise.

Facts about the energy solution

The wind and solar cell solution for Hurtigruten’s Spitsbergen snowmobile centre consists of: